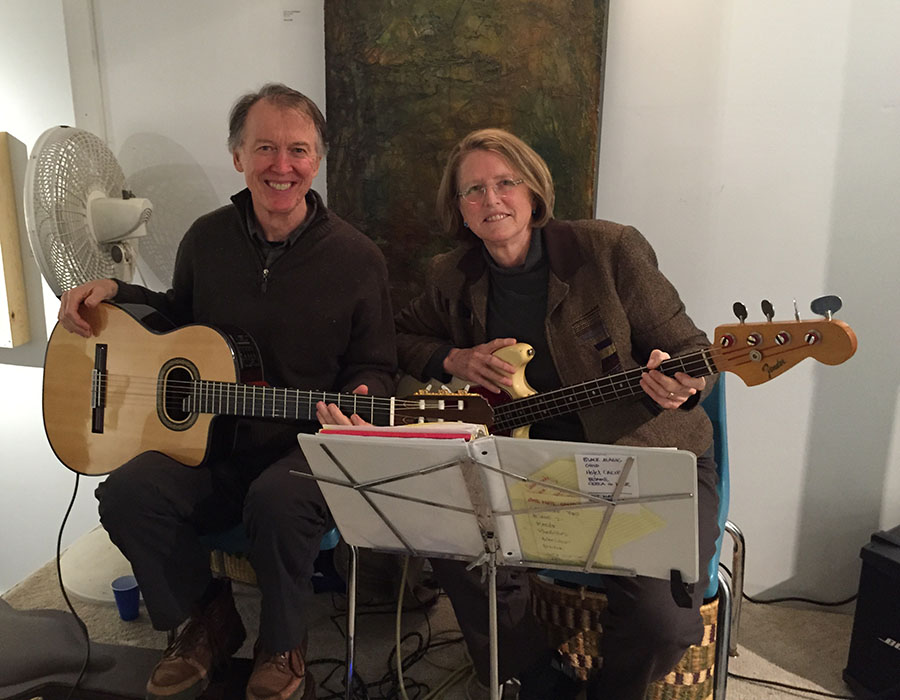 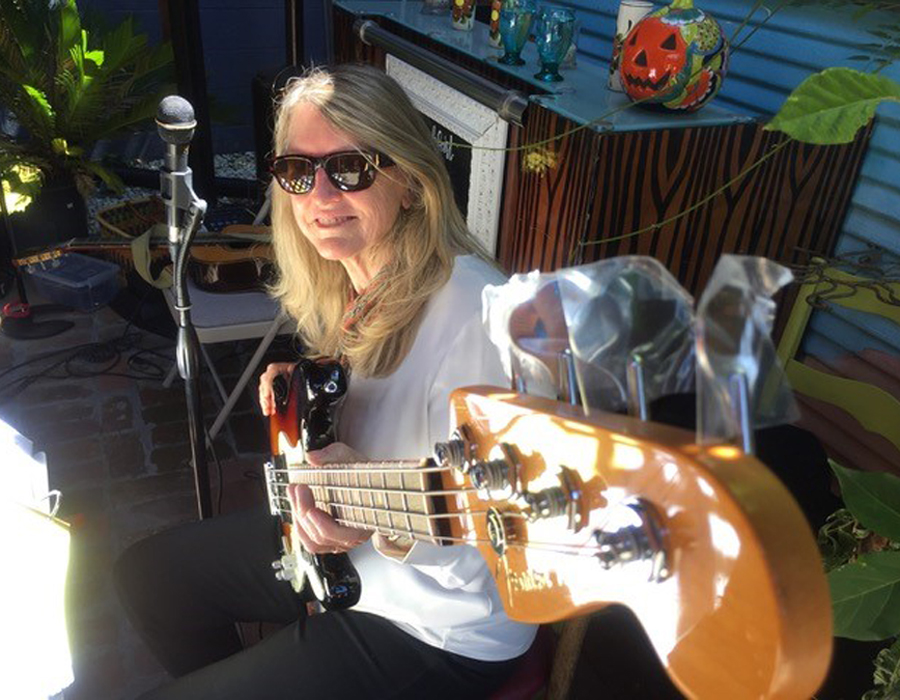 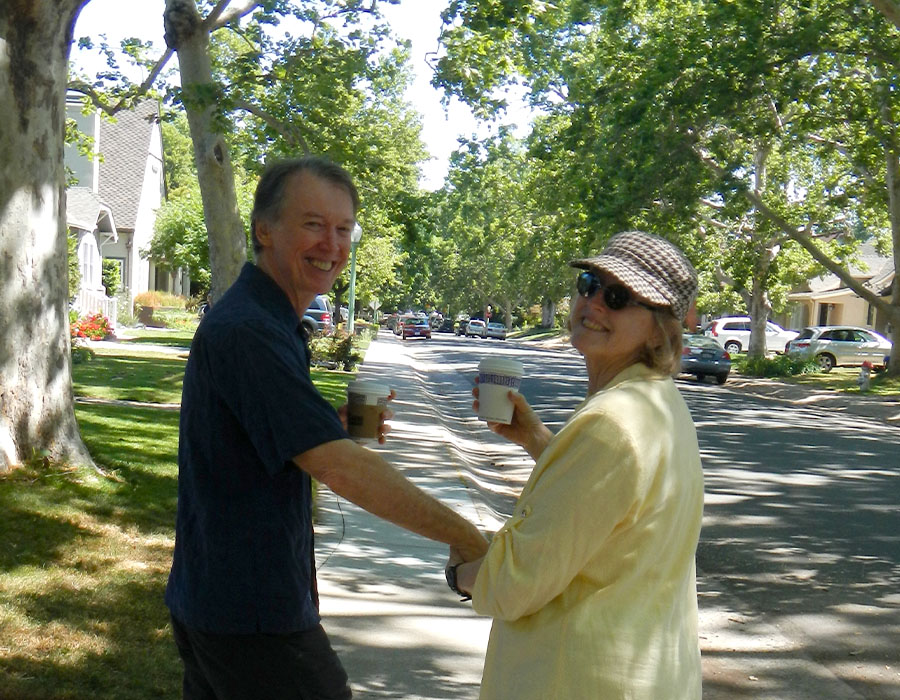 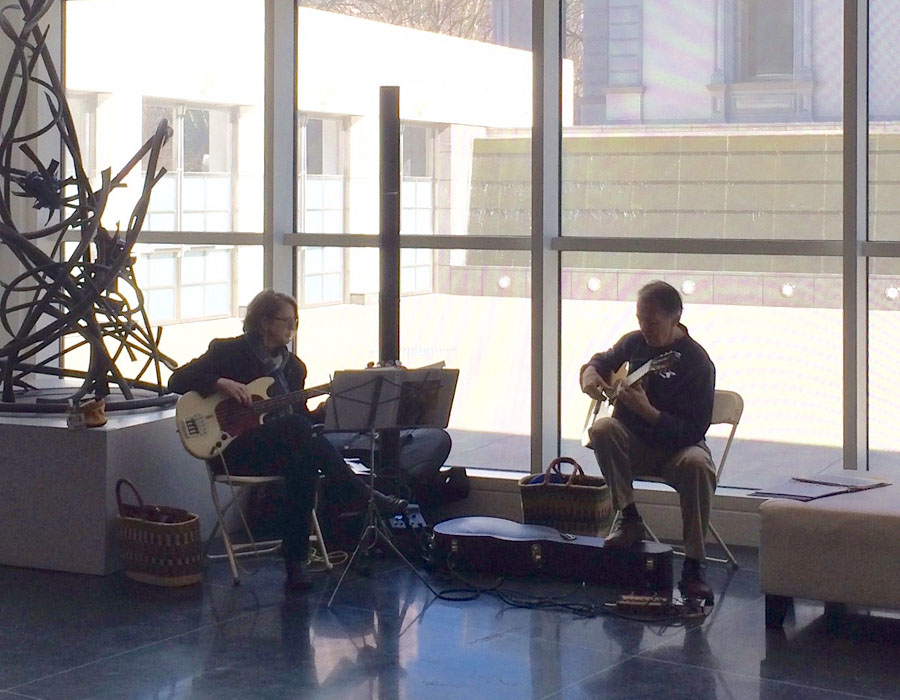 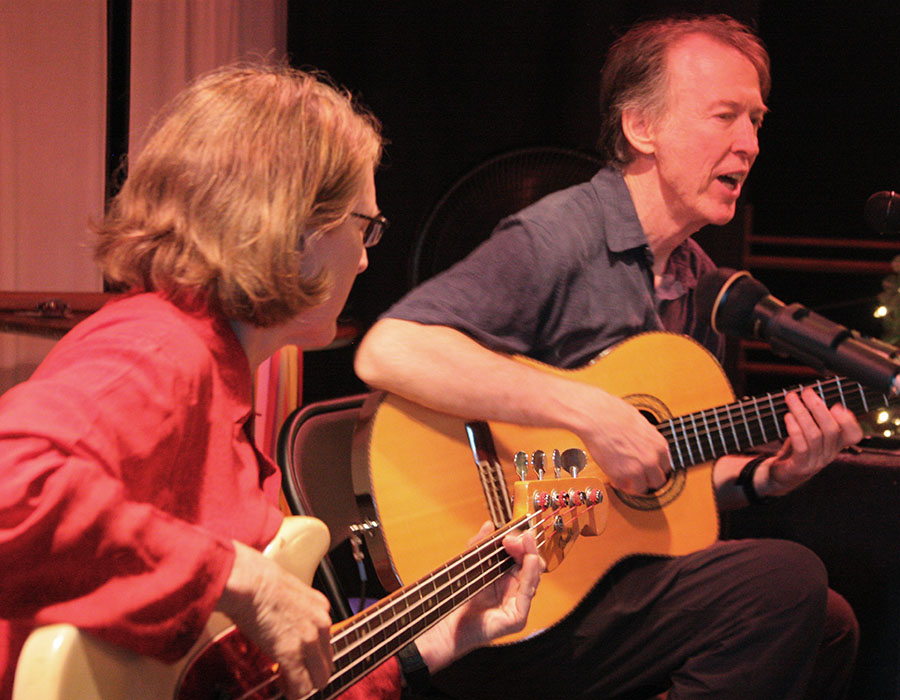 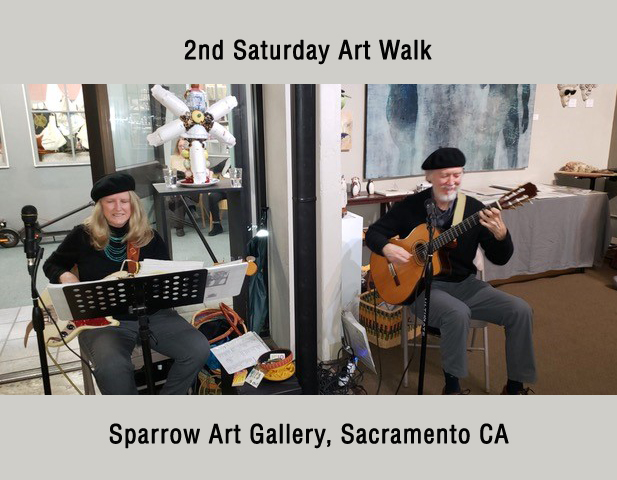 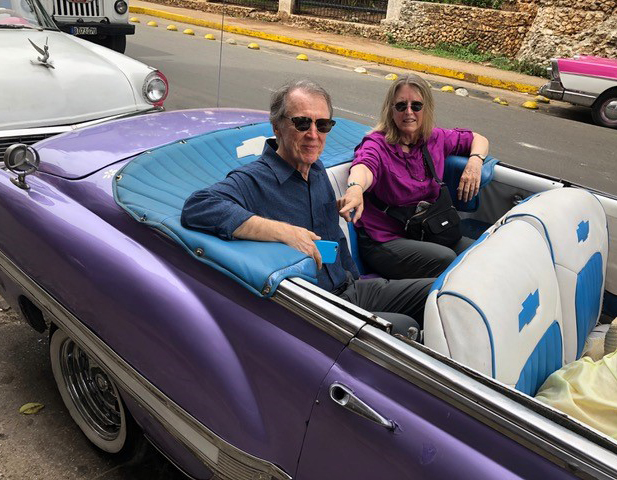 BE HERE NOW is a married musical duo with George Sheldon on guitar and Sandra Carter on bass guitar.

George and Sandy first met in Northern California and began playing music together in the early 80’s as a Folk-Rock group. They played at lodges, parties, weddings, and various festivals.

They later joined with other musicians to form a popular Country Rock group called Big River.

In the 90’s, George, as solo act, played for many years at Zachary Jacques French Restaurant in the Sierra foothills as well as Café Vinoteca and Michelangelo’s in the Sacramento area.